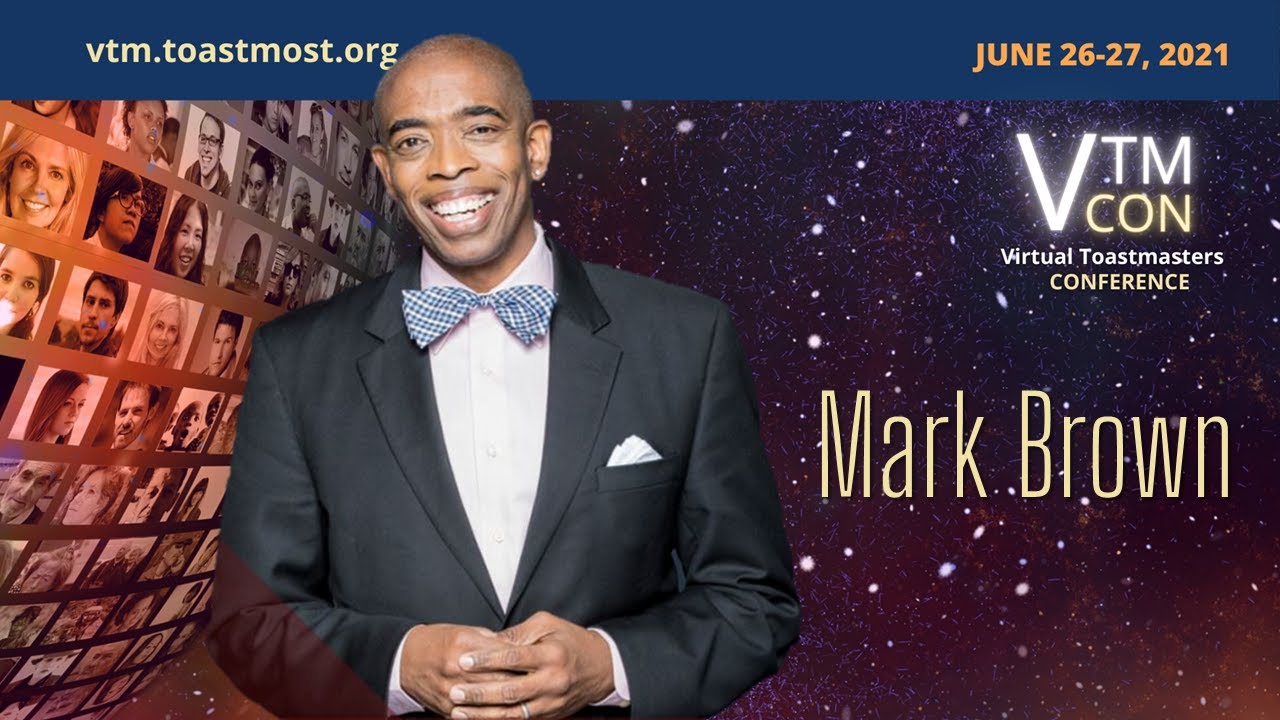 Mark Brown shone as the lead off speaker at the June 2021 EVV CON event, and in this replay he shares some ideas about how you can SHINE, too.

Originally from Kingston, Jamaica, Mark Brown immigrated to the United States at the age of 18 with only $40 in his pocket and a dream for a better life. He spent 15 years working as a computer analyst before choosing to develop his public speaking skills. After recovering from a life-threatening illness in the summer of 1993, he made a commitment to excel as a communicator, earning a 1995 Harlem YMCA Black Achievers in Industry Award in the process.

In 1995, Mark defeated more than 20,000 contestants from 14 countries to win the illustrious a well-known public speaking and professional development organization World Championship of Public Speaking. Since then, he has delivered more than 3,500 presentations to more than 1.7 million people, on 5 continents. He has earned the coveted designation of Certified Speaking Professional from the National Speakers Association, and he has become one of the most popular inspirational speakers in the world.

As an expert in helping people overcome their fears to reach their maximum potential, he uses a unique combination of humor and poignancy to reach the most diverse audiences, and he continually inspires people from all walks of life to achieve ever-increasing levels of excellence.

Mark has been featured in the New York Times, Men’s Health, on CNN Headline News, and even had his own PBS Special, ‘Words Count – with Mark Brown,’ which was nominated for an Emmy Award.

He is the co-author of the book The Speaker’s Edge, and co-host of the weekly Unforgettable Presentations Podcast.

He lives in Lizella, GA, USA, with Andrea, his wife of more than 35 years.

No comments to show.